The figures show the development of the number of employed persons in the Creative Economy Switzerland for the quarters 2010Q1 to 2021Q4. 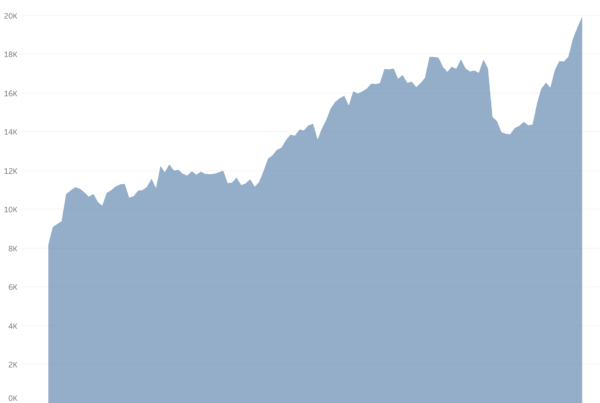 The jobradar shows the development of the number of open job positions (vacancies) in creative occupations Switzerland for 2012 to 2021.
Page RomanFebruary 28, 2022 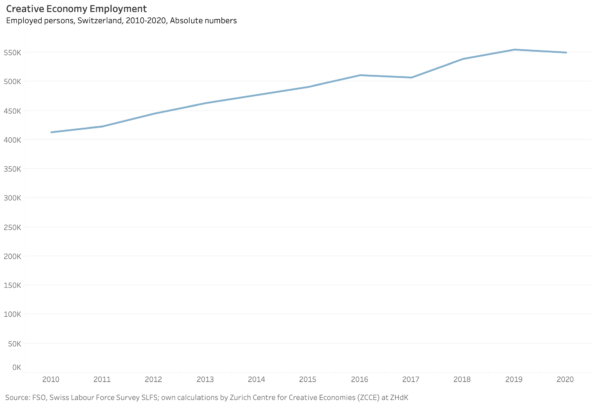 The figures show the development of the number of employed persons in the Creative Economy Switzerland for the years 2010-2020.
Page RomanNovember 30, 2021 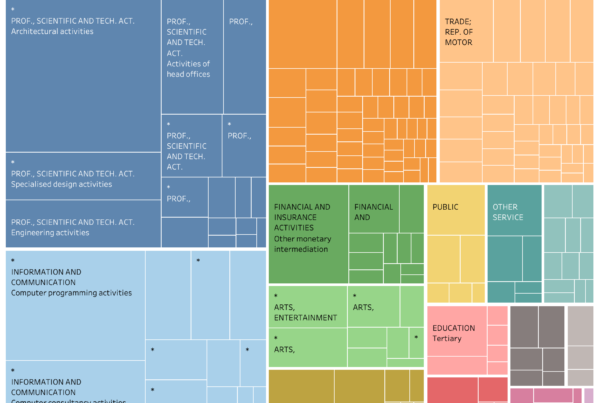 Who hires creatives in Switzerland?

The treemap below shows how Switzerland’s 408’000 creative jobs are spread across different industries. The size of each box captures the number of creative occupations within an industry. The colour of each box shows the industry (NOGA1).
Page RomanOctober 30, 2021